Do you want your students to touch history?

Do you want them to speak with and question this living treasure who campaigned with and was friends with Martin Luther King? Please take a moment to consider this rare opportunity.

I set up this page introducing Andreea to schools (she does not have a website and I have many school contacts) because it’s such an important message for our kids to hear.  And wow, can this woman tell a story. Please consider below and if interested complete the form and a message goes directly to Andreea – she will make contact with you. Please note pre COVID Andreea was available to visit schools – that opportunity may appear again in the future, but for now it’s the convenience of Zoom.

I receive no commission or benefit. I simply want to facilitate this powerful opportunity, generally and now in context of Black Lives Matter, for our kids to experience. 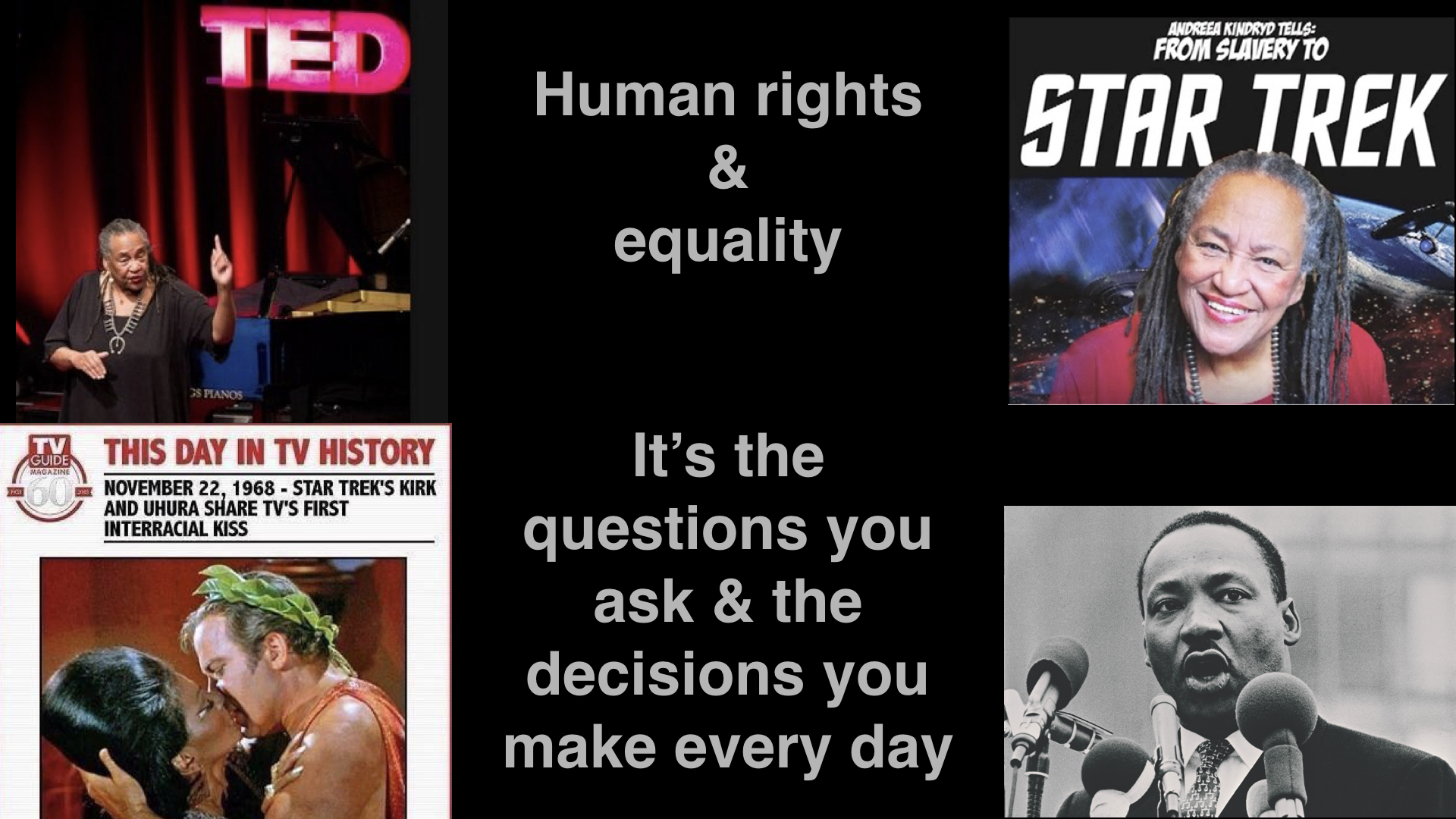 Let’s zoom up and talk about:

What does the school need to provide?

Discriminated against because of her colour, she campaigned with her friend Martin Luther King and others in the struggle for human rights and for black people to be equal.

When she worked on Star Trek she was in the team that delivered the first ever kiss between a white man and a black woman on US television.  Also, worked on Mod Squad, Mission: Impossible and other TV influencers.

Her documentary Tjintu Pakani provided a first black view of contemporary indigenous cultural growth in Australia and won a prize at the Sydney Film Festival.

Andreea has been a storyteller at Edinburgh, Adelaide, Sydney and Los Angeles festivals.

And much more, but Ande is simply here today to share a conversation and get you thinking about human rights today.

Pre COVID there was an agreed fee to visit schools in person – one certainly does not get rich spending much of your life campaigning for what one believe is important.

For Zoom events you are welcome to give an honorarium, at your discretion after the event – the value is up to you.  The most important thing is that we get kids discussing these topics at this important and challenging time history.

Here’s a snippet on stage